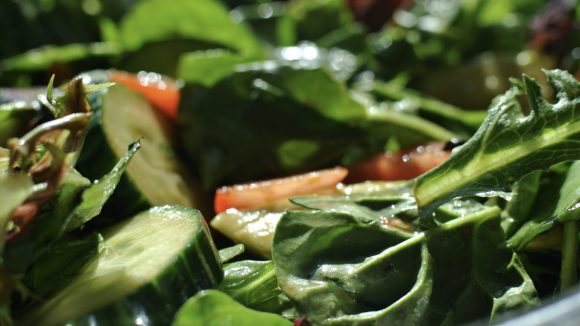 The Best Diet for the Inflammation of Aging

So, the take-away from this research in the view of the animal-free chef, even though you eat all plants, it won’t help much in the area of “inflammation of aging”, unless you include greens and berries. That’s discouraging. It’s tough enough to go animal-free in an animal-eating world, but to have to eat certain plants for good health as one ages, limits their dietary options.

One of the most recognized consequences of aging is a decline in immune function, illustrated by vulnerability to dying from the flu and poor response to vaccinations. But, about 20 years ago, a paper was published showing that the immune cells of 80-year-olds produced significantly more pro-inflammatory signals. As I discuss in my video, How to Counter the Inflammation of Aging, this suggests the worst of both worlds—a decline in the part of the immune system that fights specific infections and an aggravation of nonspecific overreactions that can lead to inflammation.

This has since been formalized in a concept referred to as a chronic low-grade inflammation that we now know is typical of aging, which may be responsible for the decline and onset of disease in the elderly. So, what can we do about it? Inflamm-aging appears to be a major consequence of growing old. Can it be prevented or cured?

“The key to successful aging and longevity is to decrease chronic inflammation without compromising an acute response when exposed to pathogens.”

How do we do that? Nutrition.

What we eat is “probably the most powerful and pliable tool that we have to attain a chronic and systemic modulation of aging process…” In the first systematic review ever published of the associations between dietary patterns and biomarkers of inflammation, the dietary patterns associated with inflammation were almost all meat-based or so-called Western diet patterns…

The Best Diet for the Inflammation of Aging | NutritionFacts.org