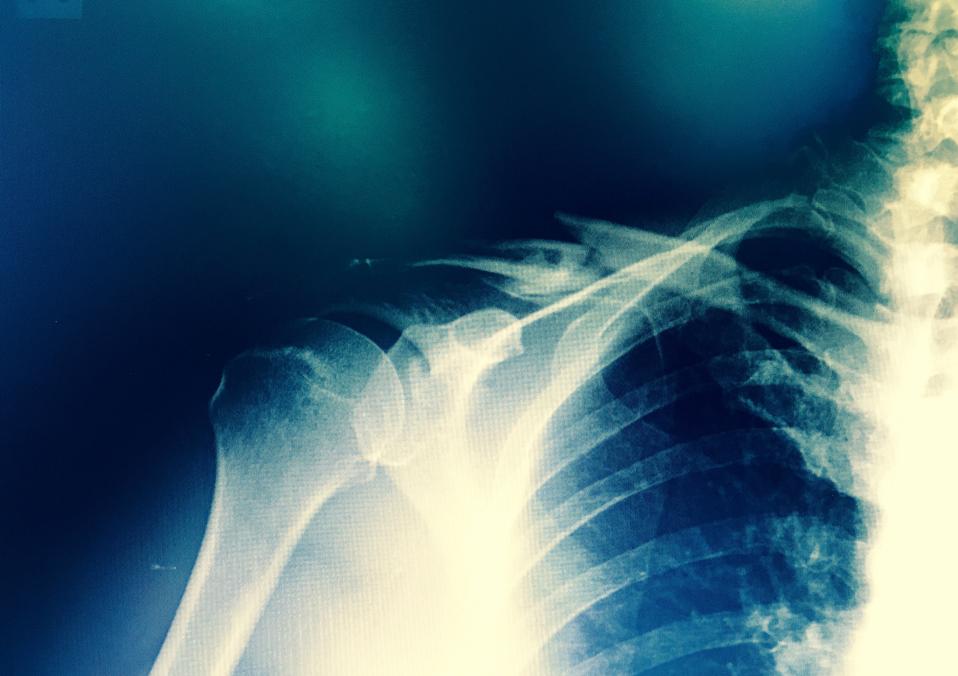 Why is a clavicle easily fractured? originally appeared on Quora: the place to gain and share knowledge, empowering people to learn from others and better understand the world.

Answer by William Adams, Pediatrician, on Quora: Believe it or not, you would be lucky to break your clavicle or collarbone. It may surprise you that it is not only made to break, but break in a particular way, and almost always in the same place. So it shouldn’t be a surprise that of all the bones in the body it is the most frequently broken.

Oddly enough it almost always heals with no treatment at all.

Doctors classify the clavicle as one of many “long bones” giving support and strength, like your arms and legs. However, as a certified long bone, it is uniquely curvy, which leads to its fragility. You’ve got to wonder why, after all these years, Mother Nature doesn’t make a better one. Weird.

Doctors have known about the fragile clavicle forever, and disparage its “inherent weakness rendering it prone to fracture.” However it might be better for my colleagues to understand the wisdom of Mother Nature. You have to stop looking at the clavicle structure as a mistake, but instead as a necessary adaptation.

To understand this, we take a surprising detour to the 1965 Ford Mustang that had a built-in design defect. Its steering column was a long pointy steel rod with a steering wheel on one end, aiming in the general vicinity of your heart. Head-on collisions were disastrous. Owners still refer to it is as the “Spear-O-Matic”.Later models came up with a safer solution: They built in an “inherent weakness”.

FINISH READING: Why Is It So Easy To Fracture Your Clavicle? Here’s The Surprising Evolutionary Reason