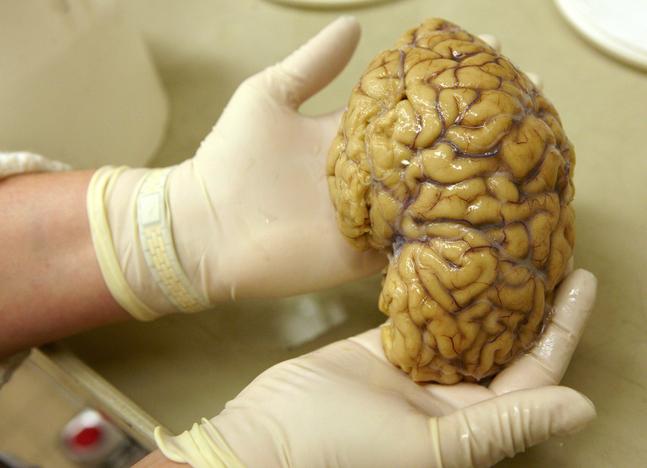 Drinking even moderate amounts of alcohol is linked to changes in brain structure and an increased risk of worsening brain function, scientists said on Tuesday.

In a 30-year study that looked at the brains of 550 middle-aged heavy drinkers, moderate drinkers and teetotallers, the researchers found people drank more alcohol had a greater risk of hippocampal atrophy – a form of brain damage that affects memory and spatial navigation.

People who drank more than 30 units a week on average had the highest risk, but even those who drank moderately – between 14 and 21 units a week – were far more likely than abstainers to have hippocampal atrophy, the scientists said.

“And we found no support for a protective effect of light consumption on brain structure,” they added.

The research team – from the University of Oxford and University College London – said their results supported a recent lowering of drinking limit guidelines in Britain, but posed questions about limits recommended in the United States.

U.S. guidelines suggest that up to 24.5 units of alcohol a week is safe for men, but the study found increased risk of brain structure changes at just 14 to 21 units a week.

A unit is defined as 10 milliliters (ml) of pure alcohol. There are roughly two in a large beer, nine in a bottle of wine and one in a 25 ml spirit shot.

Killian Welch, a Royal Edinburgh Hospital neuropsychiatrist who was not directly involved in the study, said the results, published in the BMJ British Medical Journal, underlined “the argument that drinking habits many regard as normal have adverse consequences for health”.

“We all use rationalizations to justify persistence with behaviors not in our long term interest. With (these results) justification of ‘moderate’ drinking on the grounds of brain health becomes a little harder,” he said…