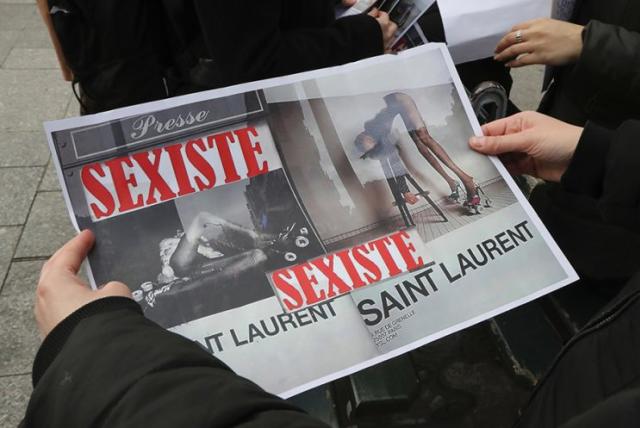 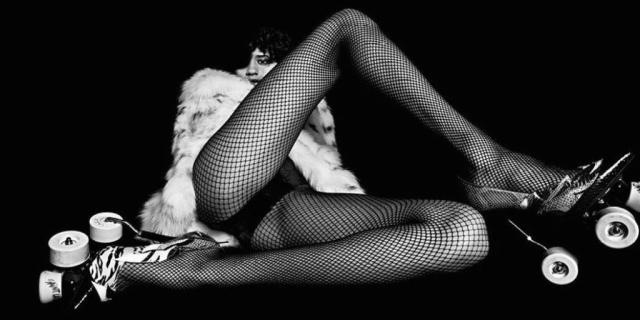 France’s advertising watchdog, the Autorité de Régulation Professionnelle de la Publicité (ARPP), has called on Saint Laurent to modify two ads from its spring 2017 campaign for being “degrading” to women.

ARPP director Stéphane Martin said the brand “incontestably breached” rules that state advertisements should maintain “dignity and respect in representation of the person.” A meeting between Saint Laurent and ARPP is scheduled for Friday, after which the committee will ask the brand to either change its campaign or have the ads withdrawn.

Saint Laurent, part of the luxury group Kering, has not issued an official response. The company could not be reached for comment…

Finish reading: People are calling for this ‘sexist’ and ‘degrading’ advert to be removed

TSOF COMMENT: What are they selling in this advertisement? Roller skates, sexy stools, fish net stockings, perfume, a weight loss plan, children for sale for sex? Spiked shoes? Can you buy online? Gay designers like to make bitches out of straight women? Gay designers want to degrade children by choice of models?

Bending over a stool without having to be tied connotes submission, complaint, lifeless = child.

Child sex is nothing new to the French nor to children of French culture.

Time to change what needs to be changed, wouldn’t you say?

Why no fur? OMGod, there is fur. I barely noticed it. Right in front of me it was all the time.

I actually went to google to research whether Yves Saint Laurent uses fur in their ads and this same ad popped up. Fur. White. Don’t know the animal you stole it from, right off his/her back while still alive, but it looks like a dead now animal. Maybe it is faux fur?

Think wherever your mind wants to take you will be their artistic reply. No. That’s not going to happen. I demand to know if that fur came from an animal or not? Truth in advertising is what we call it. If you’re in the ad business, then you know the drill.

So that’s what you’re selling? Fur coats, stoles, for children? This is beginning to sound a little like Michelle Obama going on the television program called Junior Chefs, where they’re taught to use every part of the animal. At a very young age, they’re expose to all the guts. For Valentine’s Day or some holiday about hearts, they had to cook a real heart taken from an animal. The slaughter industry is working with Michelle Obama to indoctrinate children into becoming animal chefs and eating all parts of all animals. With a few veggies thrown in to make it look Kosher and all, they’ll fool everybody while keeping the youth of the world addicted to the flesh and blood.

Obama is going to be a judge. How does being First Lady qualify her for that? She never worked that garden at the white house. Those were photo ops. She’s no farmer and she’s no chef either.

Yves Saint Laurent is using the young girl image as an indoctrination tool to make young girls into sex slaves and consumers of fur.

Gay designers need to stop humiliating children and women through their so-called art. It is obscene and no longer acceptable in this world. It’s called slavery in case you conveniently thought you could portray girls any way you like, as long as you call it art. What you do is not art. It’s indoctrination into slavery.

If you’re going to put a fur coat on a child image, to sexually entice men to buy whatever you’re selling, then we need to plan a funeral.

You know what needs to change. Change it.

The ARPP rules regarding advertising in France need to state that advertisements should maintain “dignity and respect in representation of any animal including humans”.